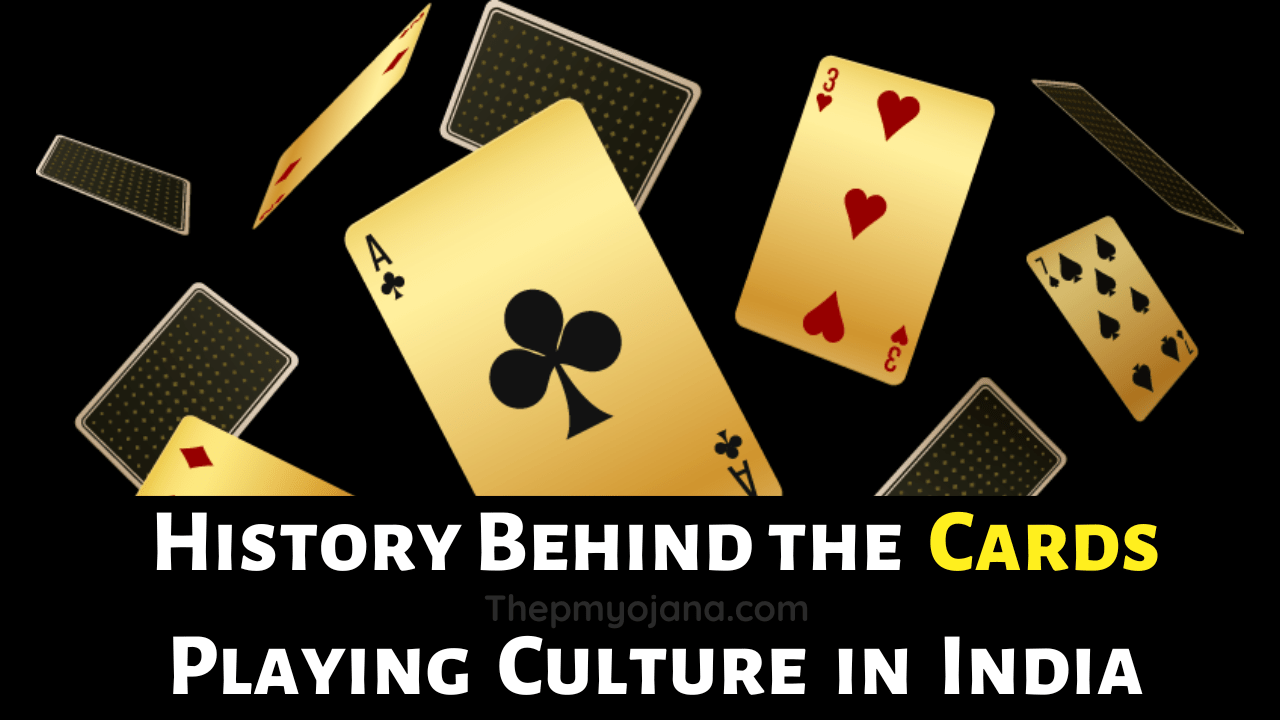 Hello Dear Friends in this Article We will talk about, History Behind the Cards Playing Culture in India, How Card Games Became an Integral Part of the Indian Culture, Read Below Article & get Full knowledge of this Card game.

The age of playing cards dates back a thousand years. Playing cards were commonly a wonderful royal pastime; sometimes, they even served as a political, advertising, and educational tool. India has a noticeable card-playing history as well, so much so that it has become an important part of our culture.

History Behind the Cards Playing Culture in India

Playing cards probably originated in China, as per historians & beliefs. The ancient Chinese cards introduced traditional characters from their prevalent stories and folklore. In China, these spread to other parts of the world, including India, and were developed and designed in varied ways. Origin of Cards Playing in India

The Mughals were the first to introduce Card Games in India and Central Asia in the 16th century. So, you can see that the culture developed in India for hundreds of centuries. Many references to the popular Indian card game “Gangifa” were found in Babur & biography.

The Mughal emperors were in love with this unique card game which was played with circular cards. The name came after the Persian word “Ganjifa”. This game soon became a royal pastime in the emperor & courtrooms.

The cards of Ganjifa at that time were made with tortoise shells and ivory and were decorated with valuable stones like gold and diamond.

The Persian version of the Mughal Ganjifa inspired Dasavatara Ganjifa, which features the incarnations of Lord Vishnu, a Hindu deity. Famous German card collector Rudolf Van Leyden said that the Chinese Mamluk immigrants introduced Ganjifa in India at its earliest form in the early 13th century.

Many believe that cards in India initially originated from a Hindu king who had an annoying habit of constantly plucking hair from his beard now and then. His wife formulated a card game that occupied the king & hands to exempt him from his irritating habit.

The Indian Playing Cards in the 19th Century

In the card collections of the Bibliotheque Nationale de France, the Indian cards showcased prints of
emperors and the Indian courtrooms. As we already mentioned, playing cards were introduced to the ordinary people of India outside the royal courtrooms during East India Company rule in India.

Before that, playing cards were specially designed for the pastime purposes of the lavish Mughal courtrooms in India. Many modern Indian games, like Satte Pe Satta, and Teen-Do-Paanch developed in India during the 19th and early 20 th centuries.

During the early 17th century, playing cards became extremely popular among Britishers and the Royal charter used to register the card makers as companies. Following the British rule of trade at that time, importing foreign cards was strictly banned, which initiated the development of the modern-day deck of cards in England.

Card makers all over England used to come up with different designs and patents for their cards. For example, the Henry VIII card designs were registered in 1706. Other such examples were King & Arms, Greyhound, Crown, Royal Oak, Three Hammers, Lurking Lion, Hand- in-Hand, Queen & Head, and Lion Rampant.

Mr. Christopher Blanchard, in 1741, introduced the “The Great Moguls” card and registered it with the The royal charter, inspired by the great Mughal rule in India. The modern Indian cards, even in recent times, were inspired by the designs of the “Great Moguls”.

The British Origin Behind the Popularity of Cards in India

The British have significant influences on the Indian culture that is yet practiced all over India. From food habits to wearing dresses, there are certainly many British influences developed among Indians due to the 200 years of the British raj in India.

The British introduced their styles of playing card games in India. The standard 52-card deck was originally brought and introduced to India by the British. The classic game of Teen Patti was the first Indian game developed with the 52-card deck.

In modern times, you can also win Teen Patti real cash if you know the simple rules and sequences of the game. The extremely popular card game of Baccarat was also invented in India during British rule.

Teen Patti is India & most well-known card game. Once you know the easy, there is no turning back. There are three types of Teen Patti sequence trials, straight runs, normal runs, flush, pair, and high card.

The rule of this game is to get rid of your cards as quickly as possible. Players use strategy to discard cards that block the opponent & possibilities to discard cards.

Ganjifa originated in India in the 16th century that introduced circle-shaped cards. We have already mentioned this ancient Indian card game and how it became popular in the early stages of the Mughal Empire. The game involves four players, and one who collects cards with the same suit and the higher value wins.

A 30-card deck is required to play Teen Do Paanch, and the three players have an allowance of either 3, 2, or 5 tricks. The players that win more of their allowance have the benefit of ‘pulling & cards from their opponents.

Mendikot is a very popular card game, especially preferred in the western states of Maharashtra and Gujarat. You have to win the tricks that contain tens to win this game. The word ‘mendi & refers to a zero indicating the 10 cards, the only cards with zeros.

Which Game Will You Start Playing?

A wide range of card games was discovered and developed in India after the Mughals introduced them in the 16th century, such as 3-Patti Paytm cash, Hokm, Satte Pe Satta, Twenty-eight, etc.

The Indian culture of Playing cards has expanded for hundreds and years, and in recent times, these two are inseparable. Cards had huge influences not only on our culture but also on our art, education, traditions, heritage, friends & family bonding, and Indian life in general.

Is Teen Patti legal in India?

Teen Patti is legal only in the states of Goa and Sikkim in India, if you are playing for real money. In the free mode, you can play from anywhere in India.

DISCLAIMER:- This game involves financial risk. You may get addicted to this game. Therefore, all of you are requested to play this game on your own responsibility and at your own risk. If you are over 18 years old then you don’t play this game then you stay away from this game. Hello, Dear Reader, My Name is Chandan Verma and I am 25 Years Old I am from Haryana in Gurugram I am Recently Completed, My Web Designing Course, and Then I Start Doing Blogging In 2020.